Because of economic downfall and her family being committed to an asylum, Bea Dreary now has nothing but a tank, daisy dukes and a circle scarf!


With the help of her new lesbian lover, Bea discovers 11 different ways that scarves are no longer just for necks! 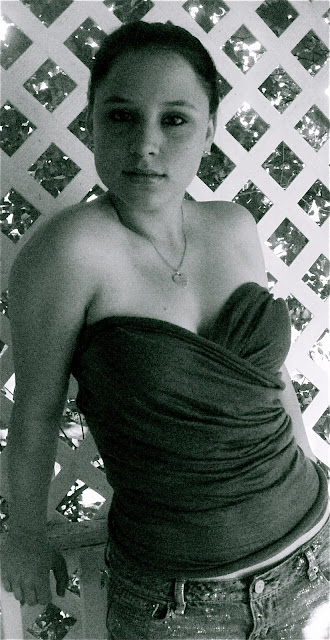 
Made by double tying the scarf around her body. 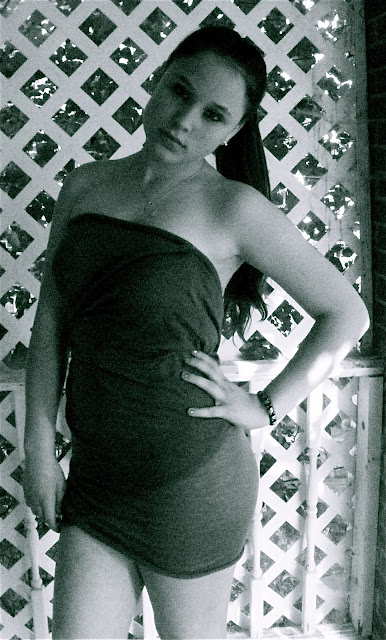 Double tied around her body then pulled down. Then it was adjusted to her body. 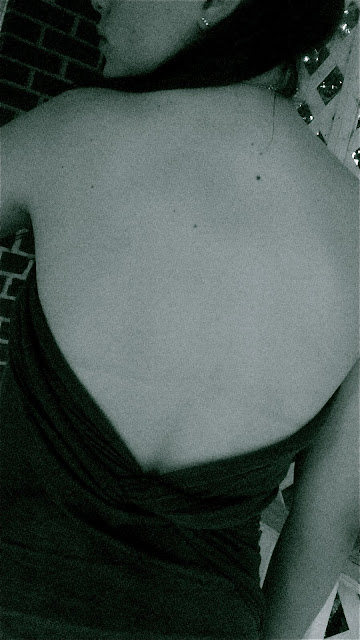 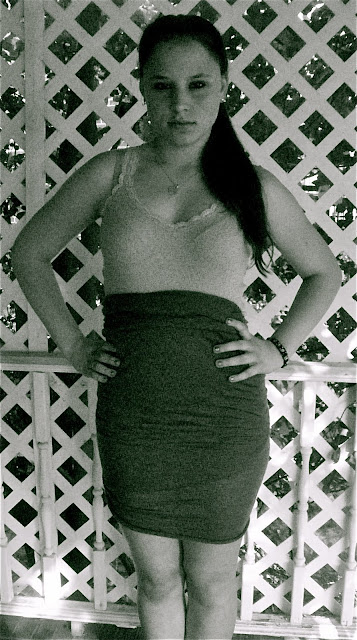 Double tied then pulled down to her hips. 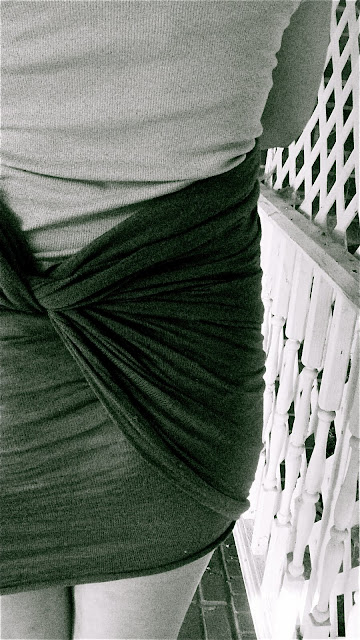 4. Thursday's Look: The Belted Tunic. Bea has found a belt!

She put on the scarf like she was wearing a jacket and covered her breasts. Then placed the scarf up like a hood and belted around her waist. 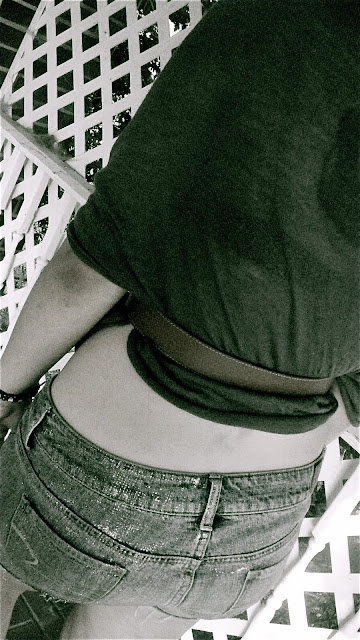 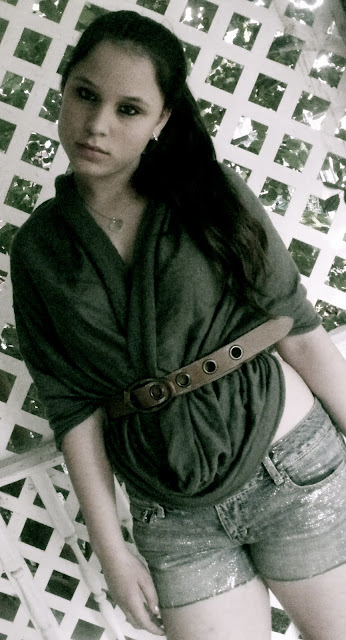 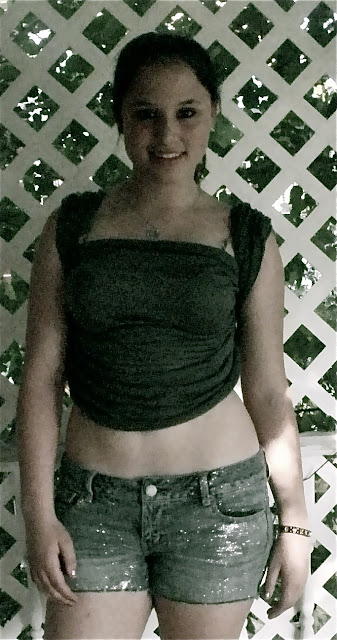 She placed the scarf once on her body, twisted an arm hole to put her arm through, then twisted another arm hole. 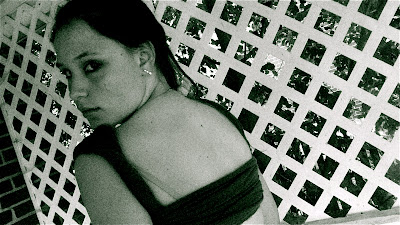 Instead of twisting two arm holes, she put the extra fabric over her arm. 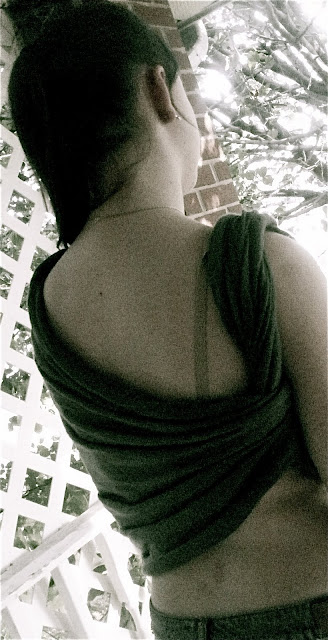 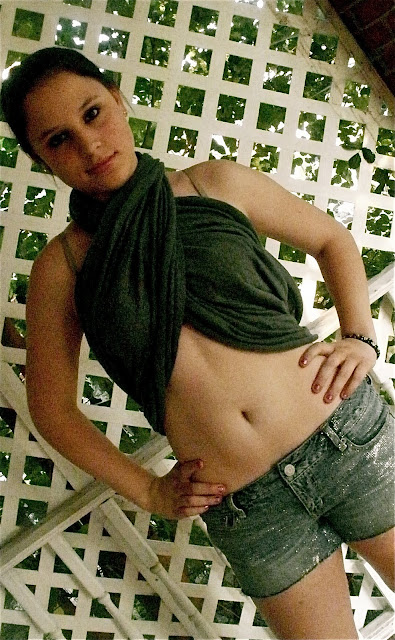 She placed the scarf loosely on her body, then twisted a neck hole and placed her head through. She adjusted to cover her breasts. 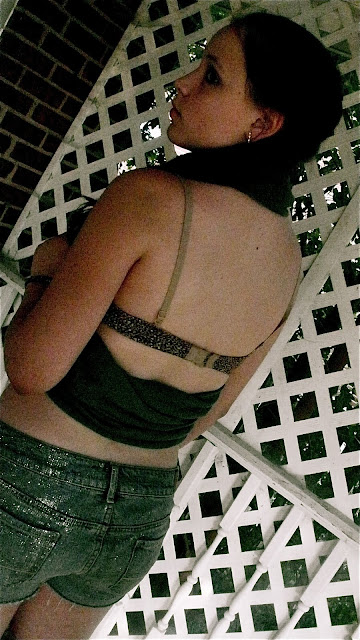 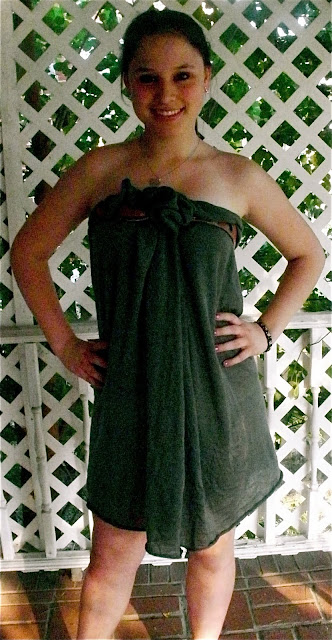 She let the scarf hang loosely on her body, pulled out completely, then folded the extra fabric in front until it fit. This created ruffles. Then she belted it. 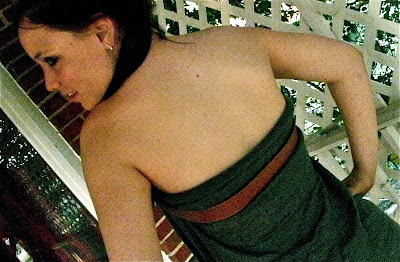 9. Tuesday's Look: The Halter Dress, for her date! 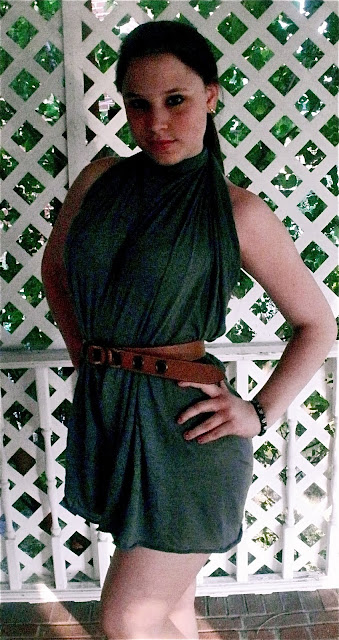 She placed the scarf loosely over her body, belted at the small of the waist. Then she tied the top parts around her neck in a halter. 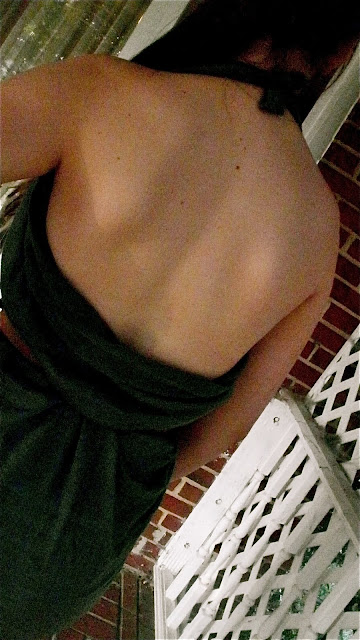 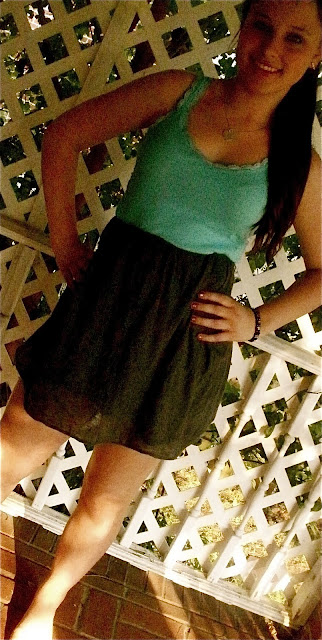 The scarf hung loosely and pulled out around her body, then belted at the waist. Then she laid the extra fabric down to create an extra layer of skirt.

That belt really comes in handy! 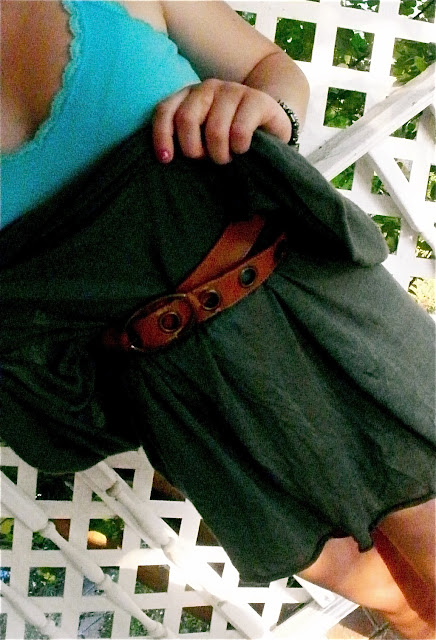 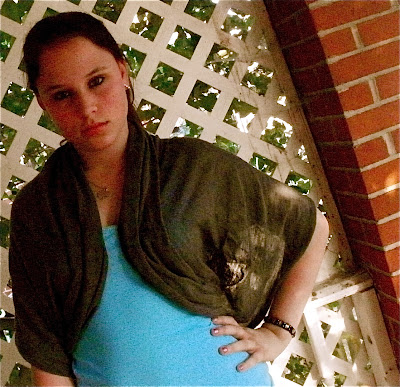 She put the scarf loosely on her body, then placed the front behind her head and adjusted until the scarf looked like a cape in the back.

What other looks can YOU do with a scarf? Let us know below!

Don't forget to rate and share this if you thought it was interesting!